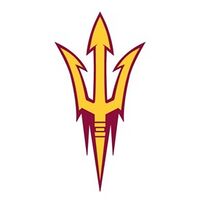 Twenty-three players out of Arizona State University had more than 1,000 at-bats in the majors (through 2007), and two pitchers had more than 100 victories. Both Barry Bonds and Reggie Jackson went to Arizona State. The school single season home run record (27) is held by Mitch Jones.