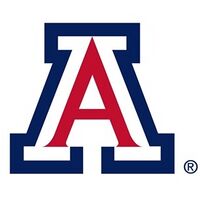 Stats of MLB players who are school alumni

The University of Arizona is known as a baseball powerhouse, being a frequent participant in the College World Series and winning the title four times. It has graduated a large number of players into the major league ranks.

J.T. Snow leads all Arizona alumni with 189 MLB home runs. Kenny Lofton played the most big league games (2,103) among all alumni. Scott Erickson is the winningest pitcher with 142 victories.