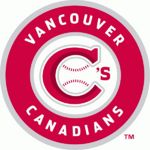 The Vancouver Canadians, of the Northwest League and briefly in High-A West, are the only Canadian team operating in a U.S.-based affiliated league. The Toronto Blue Jays farmhands play their home games at Nat Bailey Stadium in Vancouver, BC.

While one might assume a rule or a tradition put them together, the partnership between Canada's only remaining teams in Organized Baseball is, like all affiliations, a mutual decision.

However, MLB's 2021 Minor League Reorganization apparently nearly ended the pairing. The restructuring raised the Canadians, and most of the NwL, two levels to High-A. It also raised the Midwest League one level, giving the Jays two High-A teams - the Canadians and the Lansing Lugnuts. Baseball isn't transparent with the affiliation process - teams didn't even always announce them before the reorganization, often just letting them become obvious after the biennial change cycle - but in this case the San Francisco Chronicle broke a story that didn't happen. It looks more a change of mind than an error in journalism. On October 20th, Susan Slusser reported the Jays would drop the C's in favor of the Lugnuts, who are some 2,000 miles closer to Toronto and line up much more closely with the Jays' other farm clubs. While the Canadians president said, "As of today we have not been notified of any changes regarding our affiliation," the A's farm editor and the C's play-by-play announcer tweeted about the change. However, on November 30th, Slusser followed up with two tweets: "Vancouver appears to be staying a Toronto affiliate" followed by "Sounds as if potential border/COVID restrictions might have contributed." Meanwhile, Oakland must have dropped its MwL club, the Beloit Snappers - on whom the A's had first call and who were in the very act of building a new stadium - in anticipation of signing Vancouver. The December 9th announcements of affiliation invitations had the Miami Marlins with Beloit, the Jays with Vancouver, and the A's with the Lugnuts.

The Jays may have simply changed their minds on what must have been a close call. Seeing future Jays probably accounts for a large contingent of Toronto fans living on Canada's Pacific Coast, whose closest MLB option is the Seattle Mariners with seven others in between; that presumably also boosts the Canadians' gates. None of that changed between October 20th and November 30th, but it could be the specific point on which the Jays' decision shifted. They did touch on it in their invitations announcement: "As this country’s only Major League Baseball team, the club takes great pride in maintaining a West Coast presence, introducing future Blue Jays players to Canadian fans and helping grow the game nationally." The border may have been a factor on its own merit. Principles and observers alike say Organized Baseball's only remaining Canadian team's tie benefits both [1].

The C's became the last affiliated club in Canada in 2008, when the Ottawa Lynx moved to Allentown, PA. There have been several iterations of Vancouver professional baseball, mostly Triple-A clubs playing as Canadians or Mounties. In their final Triple-A year, the Pacific Coast League Canadians won the Triple-A World Series. After that season, they became the Sacramento River Cats and the NwL's Southern Oregon Timberjacks moved to Vancouver, BC to take over the Canadians' brand.

During their only season as part of High-A West, the Canadians were prevented from playing any home games in Vancouver due to border-crossing restrictions of a similar nature to those that forced the parent Blue Jays to spend a part of the year based in Dunedin, FL, and then in Buffalo, NY, before finally moving to Toronto at the end of July. Meanwhile, the Canadians were hosted by the Hillsboro Hops, sharing Ron Tonkin Field for the entire season: By the time border restrictions had been eased enough to make a return to British Columbia a possibility, the season was so far advanced that a move would have been too complicated. When the C's finally returned on April 19, 2022, High-A West was again the Northwest League and - counting off-seasons as well as the lost season and the away season - they had gone a total of 963 days between true "home" games.