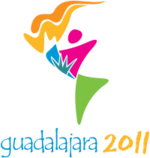 Cuba had won the past eight Pan American Games, dating to 1971; they only got the Bronze this time, their worst finish since 1959. The USA had been the last other team to win, doing so in 1967.

After Canada had routed Puerto Rico, 9-1, with the same rosters in the recent 2011 Baseball World Cup, Puerto Rico gave Canada a game this time before falling. RF-LF Tim Smith homered and walked twice for Canada, while 3B Shawn Bowman scored twice and Shawn Hill allowed one run in five innings. Puerto Rico rallied late against Jimmy Henderson (2 BB, 2 H in 2/3 of an IP) before Dustin Molleken wrapped it up for the save. For Puerto Rico, LF Jesus Feliciano was 3 for 4 with a run while RF Hiram Bocachica doubled twice in three at-bats, scored two and drove in one.

Cuba survived a scare. Miguel A. González blanked Venezuela for six innings but 2004 Olympian Vicyohandri Odelín allows four runs in the 7th as Venezuela ties it. Cuba does not lock it up until a run in the 8th. 1B José Dariel Abreu hits a 2-run homer for the victors, while 2B Oscar Angulo drives in 3 for the losing side.

The hosts open with an exciting 13-inning battle. Panama scored in the fourth when SS Ángel Chávez drove in RF Concepción Rodríguez against Daniel Rodríguez; he would only allow one hit in six innings, though. His relievers did great too, with four hits and no runs over the next 7 frames. Mexico battled back with two runs by LF Albino Contreras, one in the 8th and one in the 13th. 40-year-old Rafael Díaz got the win over Braves farmhand Yeliar Castro.

Jesús Yépez contained Puerto Rico to 2 runs in 7 innings to pitch Venezuela to a win. They also got more than enough offense, with 17 hits. Five players had 3 hits today - for Venezuela, 3B Tony Granadillo (2 R, 3 RBI), C Luis Alen and CF Yonathan Sivira and for Puerto Rico, DH César Crespo and C Christian Vazquez. Both Crespo and Vazquez scored twice.

The US crushes the Dominicans in a mercy rule win. They beat up 2011 AAA hurler Mario Álvarez, who had topped them in the 2010 Pan American Games Qualifying Tournament, as well as six relievers (three of them with MLB experience and another with NPB experience). In the process, they set Team USA records for most runs (20), RBI (20) and walks (9) in a Pan American Games competition. 3B Tommy Mendonca ties Tino Martinez's 24-year-old team record for RBI in a game, driving in six. He has 3 hits and one walk but does not need a homer for his record. RF Brett Carroll (4 for 5, 3 R, 4 RBI) finishes a double shy of the cycle, DH Matt Clark draws four walks (a team record for the Pan Ams) and backup 1B Jim Gallagher cracks a grand slam.

Cuba blistered Canada, pounding former big leaguer Mike Johnson for 8 hits and 5 runs in two innings on the way to a 9-5 win. 1B José Dariel Abreu (3 for 5, 2 R, 4 RBI) falls a triple shy of the cycle while DH Frederich Cepeda goes 2 for 3 with 2 walks, 2 runs and a homer. 1B Jimmy Van Ostrand gets 3 hits for the Canadians.

The US puts on a dominant turn, holding Panama to five hits and no runs for the second time this month (following the 2011 Baseball World Cup), despite a couple former major leaguers in Panama's lineup. Drew Smyly and Matt Shoemaker team on the shutout this time, while the offense is led again by RF Brett Carroll (3 for 3, BB, 2 R, 3 RBI, HR). SS Jordy Mercer goes 3 for 4 with a walk, two runs and a RBI. The loss goes to Eliecer Navarro, a Pirates farmhand like Mercer.

Cuba remains unbeaten, but is given another tough battle, as Puerto Rico takes them to ten innings before falling. CF Reymond Fuentes goes 3 for 5 with two steals and two runs for Puerto Rico. For Cuba, CF Rusney Castillo drives in 3 while C Yosvani Alarcón goes 3 for 4.

The hosts win another nail-biter, this time edging the Dominicans. They score all their runs off former major leaguer Runelvys Hernández, with 6 hits, 3 walks and 3 runs in four innings before being stifled by reliever Francisco Cruceta (6 K, 0 R in 4 IP). Mexico's bullpen is just as stellar, though, with five relievers combining for no runs in four innings. SS Walter Ibarra, a late addition to the Mexican roster, goes 2 for 4 with a run and a RBI as their top hitter. The Dominicans are led by two former big leaguers in RF Alexis Gómez (both their runs) and 2B Enrique Cruz (3 for 4, RBI).

Kyle Lotzkar, Dustin Molleken, Chris Kissock and Jimmy Henderson combine for 10 strikeouts to clinch a semifinal stop for Canada. 3B Shawn Bowman (2 for 4, BB, 2 RBI) leads the offense. For Venezuela, CF Yonathan Sivira reaches base 3 times and drives in their lone run.

The Dominicans and Panamanians battled back and forth before the Dominican Republic wound up ahead, 8-6, over Panama. CF Alexis Gómez (3 for 5, 2 RBI) and LF Bernie Castro (3 for 4, R, RBI) are among the many offensive contributors for the Dominican Republic, while CF and #9 hitter Adolfo Rivera goes 4 for 5 with a RBI for Panama. Bad defense plays a role, as the teams combine for 9 errors, 6 by Panama. 3B Javier Castillo leads the miscue parade with two.

After 31 runs in their first two games, the US offense temporarily stalls, mustering just five hits and two runs against seven Mexican hurlers. The sold-out home crowd of over 5,000 fans has plenty to root for as Mexico beats the US for the first time since the 2006 World Baseball Classic.

The US scored first, when RF Brett Carroll hit into a run-scoring double play in the 4th, bringing in 2B Joe Thurston. In the bottom of the 4th, though, C Román Solís went deep off US starter Jeff Marquez with 1B Jorge Guzmán aboard. In the 5th, Mexico padded their lead when 2B Maxwell León drove in LF Albino Contreras. The US pulled within a run in the 7th as 3B Tommy Mendonca drove in LF Jim Gallagher, but that was their last tally. Héctor Navarro, Jorge Luis Castillo and Alan Guerrero shut them out the remainder of the way.

In the 7th/8th place game, Puerto Rico edges Panama, which is handed another close loss in becoming the only winless team of the tournament. Puerto Rican RF Hiram Bocachica and Panama LF Jonathan Vega both hit solo homers. 3B Jeffrey Domínguez goes 3 for 4 with a steal for Puerto Rico.

For the first time since the 1959 Pan American Games, Cuba would not be playing for the Gold Medal. They fell to the US, starting on a wretched note before a late comeback fell short. The US had never before scored 12 runs against Cuba - their high before was 10, set in the 1999 Pan American Games and 2009 Baseball World Cup. The US accomplished this despite having no hits further than a single.

Canada clinched its first baseball Silver or Gold medal ever at a Pan American Games.

The hosts started strong in front of over 5,000 fans. With one out, 1B Jorge Guzmán hit a 3-run homer off Shawn Hill. From there on out, Hill (5 IP), Dustin Molleken (2 IP) and Chris Kissock (2 IP) kept Mexico off the board. Canada slowly came back. In the second, DH Jamie Romak doubled in one run and a wild pitch by Daniel Rodríguez made it 3-2. In the 5th, Canada went ahead on singles by C Chris Robinson and LF Tim Smith, a walk to 1B Jimmy Van Ostrand, a RBI single by 3B Shawn Bowman against reliever Sergio Valenzuela and a wild pitch. In the 6th, they got some insurance on a solo homer by 2B Skyler Stromsmoe against Valenzuela. Smith finished 3 for 5 with a run.

In the 5th/6th place game, Venezuela and the Dominican Republic battle for half the contest before a late charge by the Dominicans turns it into a rout. RF José Campusano (5 for 7, 3 R, 2B), 3B Juan Richardson (3 for 6, 2 2B, 4 RBI) and 2B Enrique Cruz lead a strong Dominican offense that has four players get 3+ hits. The carnage starts against starter Carlos Mory (8 H in 3 1/3 IP) and does not let up. Six Dominican hurlers combine to shut out Venezuela over the final four innings. In a losing effort, Venezuela gets fine days from SS Rodolfo Cardona (4 for 5, 3B, SB, 2 RBI), 3B Tony Granadillo (3 R) and CF Yonathan Sivira (4 for 4, 2B, R, 3 RBI).

In the Bronze Medal Game, Cuba settled for their first Bronze ever, their worst finish since 1959. They crushed the hosts today. In the first, LF Alfredo Despaigne hit a 2-run shot off Walter Silva; an inning later, 1B José Dariel Abreu added a solo homer. In the fourth, 2B Yulieski Gourriel went yard off Marco Duarte. 3B Rudy Reyes went 3 for 4 for Cuba. On the pitching side, Miguel A. González (6 2/3 IP) and Yadier Pedroso (2 1/3 IP) combined to allow eight hits but kept Mexico off the board.

The US settled for its tenth Pan American Games Silver in baseball (its 44 years since a Gold marked the worst US stretch in a Pan American Games event other than men's field hockey) while Canada won its first major international tournament of any kind.

The US got its only run in the first. With one out, LF A.J. Pollock singled off Andrew Albers. He advanced on a two-out passed ball by C Cole Armstrong and scored on a double by RF Brett Carroll. Albers and Scott Richmond would shut out their neighbors to the south for the remainder of the day. The next rally came in the third when Pollock and 2B Joe Thurston hit two-out singles but Carroll went down looking at strike three.

In the 6th, Canada got its runs. After being shut down for five innings by Andy Van Hekken, they staged a comeback with two outs. DH Chris Robinson singled to right and LF Tim Smith singled to left. 1B Jimmy Van Ostrand then had the big blow, a 2-run double down the right field line that brought both runners home.

The US had their last gasp in the 7th. DH Matt Clark led off with a single and was bunted over by SS Jordy Mercer. 1B Chad Tracy singled Clark to third, but 3B Tommy Mendonca struck out (Albers' 8th K). Ernie Whitt relieved Albers with Richmond, who threw a wild pitch to put both runners in scoring position. C Tuffy Gosewisch ended the rally by flying out to right. Richmond retired the next six batters, three by strikeout, for the save that would give his country the title.