Jason Simontacchi played for Rimini in 2000 before making his way to the Majors. Other MLB players who played for Rimini: Pete Falcone, Rick Waits, Mark Funderburk, Dave Nilsson, Josh Phelps, Chuck Carr, Tom Urbani, Tony Fiore, Alex Romero and Ray Olmedo. In 2019 Rimini pulled out of Serie A1 just before the start of the season because of financial problems. They had played continuously in Serie A1 since 1973, had posted winning records each season of the decade and having won titles in two of their past four years. 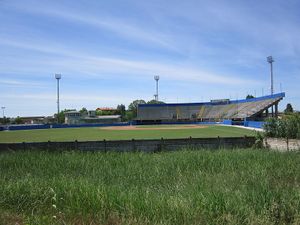