The Sacramento River Cats, of the Pacific Coast League and briefly in Triple-A West, had a remarkable run as the Oakland Athletics' top farm team from 2000 through 2014. The now-San Francisco Giants farmhands play their home games at Sutter Health Park in West Sacramento, CA.

Under Oakland, the Cats won an unprecedented six straight division titles, 11 of their first 12, back-to-back PCL crowns two different times, the first back-to-back Triple-A championships ever - and led all of minor league baseball in attendance their first eight seasons.

In 2014, Forbes magazine ranked this the most valuable ball club in the minors, yet the next year the River Cats and Giants dumped Oakland and the Fresno Grizzlies for each other.

After weeks of rumors and published reports of an impending sale of the River Cats to the NBA's Sacramento Kings, the Kings, Cats and Kings' minority owner Arctos Sports Partners announced on August 26, 2022, that they have formed a partnership that "establishes the Kings as the majority owner" of the Cats. The ballclub's owner, Susan Savage, will "continue to serve as a strategic business advisor and member of the ownership group."[1]

Savage's husband Art, who had previously headed the NHL's San Jose Sharks, led the group that brought PCL baseball back to Sacramento in 2000 by buying and moving the Vancouver Canadians. Susan Savage inherited the team when her husband died in November 2009. 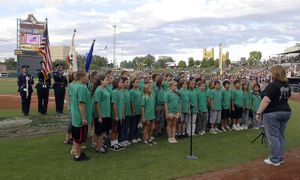 This page is in need of some additional content. Please help the Bullpen by expanding it, or learn how to contribute.
Retrieved from "https://www.baseball-reference.com/bpv/index.php?title=Sacramento_River_Cats&oldid=1248228"
Categories: