Dozens of major league players have attended University of Michigan.

University Of Michigan baseball through time[edit] 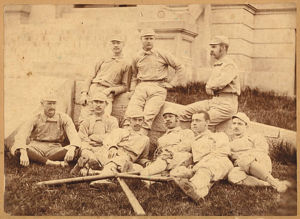 The book Baseball at the University of Michigan indicates that the first student team was formed in 1863. The earliest teams were rather informal, sometimes playing few games in a season. The 1873 team featured Frank Bliss, who later came to the majors. The team expanded its play in 1882.

The University of Michigan played in the 1882 college championship series in the Western Baseball League, in that league's second year in existence. That same year, the college team played and lost to a professional team (April 1882). Playing catcher for that squad was Moses Fleetwood Walker. Walker would leave the school in 1883 and sign with the Toledo Blue Stockings (at time, in the Northwestern League). In 1884, the Toledo Blue Stockings joined the major league level American Association. The point of this discussion, is that the University of Michigan included in it's historical group of players, a man by the name of Moses Fleetwood Walker, who would integrate professional baseball in 1884 (see Walker's page for discussion of possible earlier integration by another individual). See the team picture at right. Walker is the black fellow. 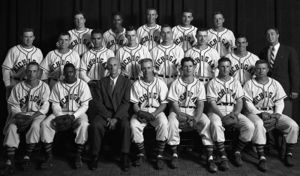