Grosseto had financial problems and in 2013 the team dropped down to Serie C. In 2014 they won the Serie A2 championship and were runners up in 2015. After the 2015 season Grosseto Baseball ceased operations but resurfaced in 2020 in Serie B. 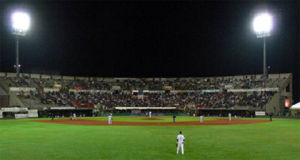