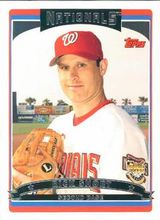 While he has hit .300 in the minors, majors and Japan, Rick Short took the long road to the major leagues and did not get much playing time there. He hit .333 and slugged .513 his sophomore year of college, making the Mid-Continent Conference All-Conference team at third base. While in college, he met his wife Karyn during a statistics class. He batted .373 and slugged .559 in his junior year, then was taken in the 33rd round of the 1994 amateur draft by the Baltimore Orioles. He was initially assigned to the Bluefield Orioles and hit .301/.365/.389, sixth in the Appalachian League in average and making the league All-Star team at third base.

After three All-Star teams in three full seasons, Short spent most of 1998 in... Frederick. In his fourth season there, he hit .308/~.360/.452 and was finally promoted, hitting .237/~.330/.345 for the Bowie Baysox and 6 for 34 for the Rochester Red Wings in his first taste of AAA, six years before his major league debut. In 1999, Short put up a .314/~.382/.485 line for Bowie, showing some rare pop with 16 homers. He was sixth in the Eastern League in batting average, behind Pat Burrell, Milton Bradley and Adam Hyzdu and ahead of Jason Tyner, David Eckstein and Alfonso Soriano.

As Baltimore did not need someone who kept hitting .300 in the minors, they let him go and he signed with the Chicago Cubs. Rick hit .263/.440/.263 in 8 games for the West Tenn Diamond Jaxx and finally got a long look at AAA, batting .275/.327/.390. The next year, Short got a job with the Anaheim Angels organization, as the star DH of the Salt Lake Stingers. He hit .356/.399/.488, beating Lyle Overbay and Travis Hafner for his second minor league batting championship. He missed the Pacific Coast League All-Star team in favor of league slugging and home run king Ivan Cruz. Anaheim did not call him up.

In 2002-2003, Short played for the Mexicali Eagles and helped them win the regular-season Mexican Pacific League crown. He hit .338/?/.446 and was second in the LMP in average behind Heber Gomez.

2005 was Short's big year. He challenged to become the first .400-hitting minor leaguer in a full season league since Aaron Pointer in 1961 (at .402 by August 19. He finished at .383/.456/.569 for the New Orleans Zephyrs and got his only major league opportunity, going six for 15 for the 2005 Nationals before injuring his shoulder. Short led the PCL in hitting for his third batting title. He lost the OBP title by three points to Joe Dillon. He led the minors in average and was sixth in OBP. He made the PCL All-Star team at DH.

In 2006, Rick returned to Japan with the Rakuten Golden Eagles. He hit .314/.357/.411 to lead the club in average while rotating between first base, second base and the outfield. Surprisingly, he had not hit a home run until August despite 47 extra-base hits a year earlier and 12 home runs his first season in NPB. As he was hitting in the heart of the Rakuten order, this was a disappointment. He finished third in the Pacific League in batting average, behind only Nobuhiko Matsunaka and Alex Cabrera and edging out former batting titlist and 2006 MVP Michihiro Ogasawara.

Short missed time early in the 2007 season as his wife gave birth and he headed back to the US for a spell; fellow Rakuten heart-of-the-order hitter Jose Fernandez, incidentally, had a child at the same time and also missed the beginning of the season.

Short was a coach for the Kane County Cougars in 2018 and Jackson Generals in 2019. He was scheduled to return to Jackson in 2020 before the season was cancelled due to Covid-19. Short was coach of the Reno Aces at the start of 2021, then on June 10th was promoted as hitting coach of the parent Arizona Diamondbacks, replacing Darnell Coles who had been fired alongside assistant hitting coach Eric Hinske with the team in a deep slump.