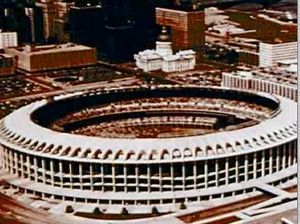 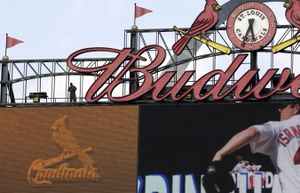 Close-up of the scoreboard at new Busch stadium 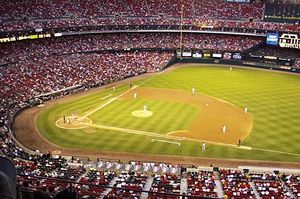 The St. Louis Cardinals played their final game in Busch Stadium during the 2005 NLCS. In 2006, the club started to play in a new park of the same name located adjacent to the previous stadium.

This page is in need of some additional content. Please help the Bullpen by expanding it, or learn how to contribute.
Retrieved from "https://www.baseball-reference.com/bpv/index.php?title=Busch_Stadium&oldid=1056136"
Categories: