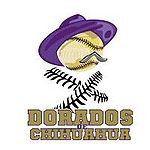 The Dorados de Chihuahua played in 1940 in the Mexican League. Based out of Chihuahua, Chihuahua, the Goldenmen were 14-67 and 42 games out of first in dead last. On a pretty bad team, the only highlights were the offensive performances of Lonnie Summers and Jacinto Roque, both of whom spent time on other clubs.

The name was then used by clubs in four different leagues in the 1940s and 1950s. The Dorados won the Arizona-Mexico League championship in 1958.

The Dorados de Chihuahua were again members of the Mexican League from 1973 to 1982. That team was also known as the Centauros de Chihuahua or Chihuahua Centaurs. This edition was largely unsuccessful, never finishing above .500 or making the playoffs in iys 10-year existence. After the team folded following the 1982 season, Chihuahua would have to wait until 2007 to be again represented in the Mexican League.

In 2007, the former Tuneros de San Luis moved to town and took up the old name. Managed briefly by former major league catcher Dan Firova and later by Mexican legend Frank Estrada, the team finished near the bottom of the Liga standings and missed the postseason. Hitting stars included 1B Francisco Mendez (.340/.438/.585, 24 HR, 81 RBI), DH Ramon Orantes (.364) and OF Demond Smith (.323, 19 HR, 97 runs and 40 SB - the latter two being league-leading totals). Other familiar names were 3B Edwards Guzman, who hit .408 in 25 games and OF Manny Martinez (.293 in 74 games). With the team playing in a favorable hitting environment, the pitchers struggled: the team ace was Nelson Figueroa (8-6, 3.87), but two other former Major Leaguers had a rougher time of it: Luis Rivera was 7-8, 7.16 and Pasqual Coco 4-5, 5.61. No reliever had more than four saves as the team burned through 28 hurlers during the season, including former Major Leaguers Dario Veras, Valerio de los Santos and Juan Acevedo, who totalled only 17 appearances among the three of them.