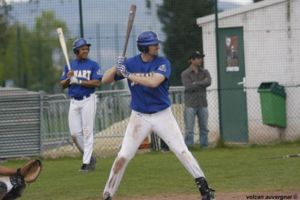 The Templiers de Sénart are a team in Division Élite. They were founded in 1987 as the Baseball Club of Melun-Sénart, moved up to Division Élite in 1998, were relegated back down, but returned in 2003. In 2007 and 2008, they finished second in Division Élite behind the Rouen Huskies. They won their first title in 2014 as native stars Matthieu Brelle-Andrade, Florian Peyrichou and Julien Brelle-Andrade were aided by Cuban imports Ciro Silvino Licea, Rolando Meriño (player-manager), Raudelin Legra and Ernesto Martínez.

The team's official colors are blue and white. Their logo is a knight holding a baseball bat over the word Templiers. Their name refers to the order of the Knights-Templar (or simply the Templars), soldier-monks protecting pilgrims visiting Jerusalem during the Middle Ages. Their original ballpark was located at Savigny-le-Temple, a former Templar stronghold. In 2012, the team inaugurated the first baseball-only stadium in France with artificial turf, located in Lieusaint. It is known as the Stade du Carré Sénart and hosted the 2012 Challenge de France tournament. All of these places are part of Sénart, a new city in the southern suburbs of Paris,.

The team was founded by Mario Brelle, who developed his passion for baseball after spending time in the United States in the 1980s, and is the team president. His younger brother, Bruno Brelle, is a vice president. Mario's three sons, P Matthieu Brelle-Andrade, OF Julien Brelle-Andrade and P Pierre Brelle-Andrade all play for the club, as does Bruno's son Théo Brelle.

The team's manager in 2012-2013 Jamel Boutagra, a former French National Team player. In 2014, he was succeeded by Rolando Meriño.

The team selected a blue dragon as their mascot in 2008, following an internet survey on their website to select his name. The name chosen by the fans was Krak. His first apperance was at the 2008 European Cup in Germany. 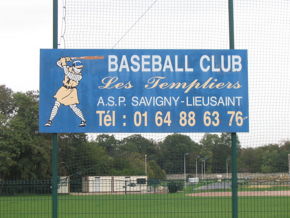 Sign at the entrance to the Templiers de Sénart ballfield