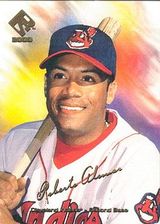 Inducted into Hall of Fame in 2011

"Some plays just come out of me, just on instincts. I'll make a play and wonder 'How did I do that'?" - Roberto Alomar

Roberto Alomar was one of the biggest stars of his era, playing for 17 years and crafting a .300 batting average. A 12-time All Star, his 10 Gold Gloves at second base are more than anyone else has ever earned. Although never a league MVP, he ranked in the top six on five different occasions. He was elected to the Hall of Fame in 2011.

Based on the similarity scores method, six of the ten most similar players are also enshrined in Cooperstown, with the others including Johnny Damon, Julio Franco and Jimmy Rollins. The most similar player is Lou Whitaker, a player that may one day be inducted.

Alomar was the son of long-time major leaguer Sandy Alomar Sr., who was with the Chicago White Sox the year that Roberto was born. Roberto's brother, Sandy Alomar Jr., was signed by the San Diego Padres around the age of 17. Roberto also signed with the Padres and scout Luis Rosa on February 16, 1985. The brothers broke into the majors in the same year, 1988. First, however, Roberto was in the minors, starting in Charleston where he hit .293 without power. In 1986 in Reno, he hit .346 and the following year he was at Wichita where he hit .319 with 12 homers. After only 9 games at Las Vegas in 1988, he came up to the majors for good.

Known as "Robby" in his early career, Alomar broke in with the Padres in 1988, ranking 5th in the Rookie of the Year voting. He spent 3 years in San Diego, never hitting .300 and not showing much power. He stole bases well, with a high of 42 in 1989. The big star on the Padres was, of course, "Mr. Padre" Tony Gwynn.

In December 1990, Robbie was part of a blockbuster trade, dealt by the Padres with Joe Carter to the Toronto Blue Jays for Fred McGriff and Tony Fernandez. He spent five years with the Blue Jays, winning the World Series with them in 1992 and 1993. In the 1993 World Series, he hit .480. During his Blue Jay tenure, he hit .300 four of his five seasons and posted an on-base percentage over .400 twice (in the World Series years). He began to show power, with a slugging percentage of .492 in the expansion year of 1993. 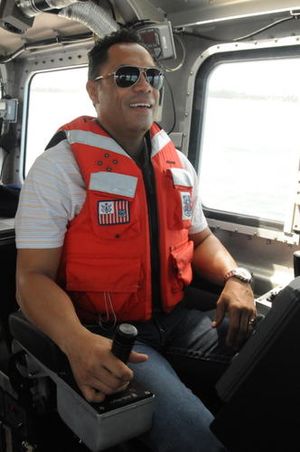 In March 2011, Alomar was hired by the Blue Jays as a special assistant, serving in baseball operations and community relations in the city of Toronto. He also designed a clothing line called "second2none" to be sold in the Jays Shop at Rogers Centre.

His post-playing career came tumbling down on April 30, 2021, when the Blue Jays and Major League Baseball issued a statement that they were terminating all of their employment relationships with him and placing him on the ineligible list following an investigation about an incident of sexual misconduct dating back to 2014. Details about the case were sparse, but the allegations were likely extremely serious, given the severity of the punishment. The Blue Jays went so far as to remove his name from the "Level of Excellence" at the Rogers Centre and his retired number, 12, taken down as well.

He had previously dated tennis star Mary Pierce. In 2009, a former girlfriend had sued him, claiming he had AIDS, but his girlfriend at the time, Maripily Rivera, responded by denying these allegations. Source: lawsuit Alomar and Rivera married in June 2009 and divorced two years later, with Rivera accusing the Hall of Famer of domestic violence (a charge that was later dismissed). So the allegations of sexual misconduct in 2014 did not come out of a bright blue sky. 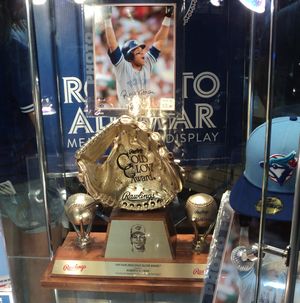 Lifetime, Alomar had 2,724 hits. He would have liked to get to 3,000, but it did not happen. Alomar had many other things to offer. He racked up 12 All-Star appearances, and everybody with 12 appearances is in the Hall of Fame (except for Pete Rose and some players who are still active or still under consideration). He scored 1,500 runs, and every modern player with 1,500 runs scored is in the Hall (again, except again for Pete Rose and those players still active or still under consideration). He had over 500 doubles, and most modern players with 500 doubles are in the Hall of Fame. He had 474 stolen bases, putting him 40th on the all-time list. He earned 10 Gold Gloves at second base, something that no other player has ever done, Hall of Famers Ryne Sandberg had 9 and Bill Mazeroski had 8, but Alomar had arguably a stronger offensive career than either of them. His career Runs Created total of 1,509 puts him 6th on the all-time list, just above Willie Stargell and just below Rusty Staub who took 23 years to accumulate such a total.

Perhaps the major things that worked against Alomar's immediate election to the Hall of Fame were his failure to win an MVP award (although he came fairly close several times) and the incident where he spat on umpire John Hirschbeck in 1996. Alomar was suspended just 5 days, and the incident earned him huge negative publicity at the time. Alomar was seen as a fiery player, but that was going too far. He and Hirschbeck made up, but Alomar was frequently booed as a result of the incident.

Possibly the oddest aspect of his career is the quick decline phase he experienced. After hitting .336 (his 9th .300 season in 10 years) with 34 doubles, 12 triples, and 20 home runs in 2001, and having a 149 Adjusted OPS+, Alomar was traded in an eight-player deal to the New York Mets. He never had an Adjusted OPS+ over 100 again, and after only three more years, he was out of the major leagues.

He missed election to the Hall of Fame by a handful of votes in 2010, his first year of eligibility, receiving 73.7% of the vote (with 75% needed for election). He was inducted into the Canadian Baseball Hall of Fame and Museum on June 19, 2010. That year, he was also part of the inaugural class of inductees in the Latino Baseball Hall of Fame. He was the top vote-getter in the 2011 Hall of Fame Election, being included on 90% of the ballots cast, easily clearing the threshold. He made his fourth Hall of Fame in two years in 2011, winning entry into the Caribbean Baseball Hall of Fame along with Carlos Baerga, Luis DeLeon and Candy Maldonado. He had hit .337 with 19 RBI in 98 Caribbean Series at-bats. Following his election to Cooperstown and his induction on July 24, 2011, the Toronto Blue Jays retired his uniform number 12 on July 31st, the first number retired in franchise history.