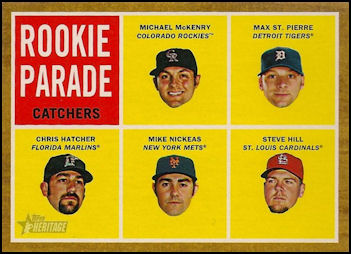 Hill hit .402 with 21 homers in high school. He set his school's single-season home run record and was All-State as a senior. He played for San Jacinto Junior College as a freshman and Eastfield Junior College as a sophomore. The second year, he cracked 31 homers and was All-American in junior college. Transferring to Stephen F. Austin State University, he set school records in average (.348), doubles (16), hits (72), runs (43) and total bases (134). He slugged .647. As a senior in 2007, Steve batted .387 and led the Southland Conference in homers (24), slugging (.818), runs (71) and total bases (184). He was named All-Conference at first base and was named the Southland Conference Player of the Year. Collegiate Baseball picked him as the All-American designated hitter that year. He ranked 5th in NCAA Division I in slugging (right ahead of Matt LaPorta) and was third in homers (behind only Kyle Russell and Brandon Waring). The St. Louis Cardinals took him in the 13th round of the 2007 amateur draft. He was signed by scout Joe Almaraz and began his pro career that summer.

In 2009, Hill produced at a .282/.333/.470 rate with Springfield, smashing 19 home runs while bouncing between catcher, the outfield and first base. He was second among Cardinals farmhands in dingers, trailing only Allen Craig. Steve started 2010 back with Springfield and was hitting .280/.352/.543 with 22 home runs and 86 RBI after 93 games. He was third in the Texas League in long balls behind Koby Clemens and Clint Robinson and leading in RBI when the Cardinals called him up after Jason LaRue got hurt.

Hill became the first major leaguer from Stephen F. Austin State University. In his first game in The Show, Steve was not the only Hill to catch as Koyie Hill was playing for the Cubs. Steve entered in the 6th with a 8-2 deficit, replacing Yadier Molina behind the dish. He struck out in his first at-bat, facing Ryan Dempster. He homered off fellow rookie Marcos Mateo to open the 9th to kick off a 5-run inning. Coming to the plate later in the 9th, with the potential tying run on second base, Hill grounded out against Carlos Marmol.