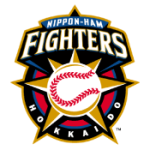 The former Toei Flyers became the Nittaku Home Flyers in 1973, then a year later the club was purchased by Nippon Ham, which renamed them the Fighters. They have not been very successful during their time as the Fighters, taking just two Pacific League pennant in the 31 years since. Following the 2003 season the Nippon Ham Fighters moved from the Tokyo Dome to the northern city of Sapporo, capital of Hokkaido Prefecture. With this move the team changed its name to the Hokkaido Nippon-Ham Fighters.

In the 2006 season, the Fighters, led by rising superstar Yu Darvish, slugger Michihiro Ogasawara and charismatic outfielder Tsuyoshi Shinjo became a major contender for the Pacific League crown. The race for the pennant went until the final day of the season, with the Fighters winning the pennant and home-field advantage in the Pacific League Climax Series. Their opponents in the PLCS were the Fukuoka SoftBank Hawks. In the 5th and final game of the series, SoftBank ace Kazumi Saitoh and Fighters rookie Tomoya Yagi dueled pitch-for-pitch. With no score in the bottom of the 9th inning, Saitoh walked OF Hichori Morimoto, who was bunted to second. Fernando Seguignol struck out, but on a strange play, Atsunori Inaba drove in Morimoto to secure the Fighters first PL pennant. The Fighters then went on to beat the Chunichi Dragons in 5 games in the Japan Series, with Inaba winning MVP.

In 2007, despite losing Ogasawara to free-agency, the Fighters fielded a strong team again. The pitching of Darvish, Ryan Glynn, and Brian Sweeney and closer Micheal Nakamura led the Fighters to a Japan Series rematch with the Dragons. However, this result was the exact opposite of the 2006 Series, as the Dragons won their first Japan Series in 54 years with a combined perfect game from both Daisuke Yamai and closer Hitoki Iwase. Manager Trey Hillman left the team after the season as he was signed to a contract with Major League Baseball's Kansas City Royals.

The team won another title in the 2016 Japan Series. Two-way starter Shohei Otani was their top performer in the regular season, with sluggers Brandon Laird and Sho Nakata playing key roles.