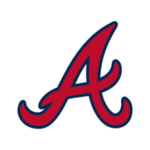 On September 4th, the 2021 Atlanta Braves became the second team in major league history to have all four of its starting infielders hit 25 or more homers, joining the 2008 Florida Marlins. The players involved were 1B Freddie Freeman, 2B Ozzie Albies, SS Dansby Swanson and 3B Austin Riley. Each of the four also played just about every day, with almost no time off, in contrast to how most teams handled the workload of their starting players. It was also in marked contrast to the team's outfield, where there was a succession of players appearing at the three spots, although that was a result of injuries and sub-par performances, and not deliberate planning: LF Marcell Ozuna and RF Ronald Acuña both went down with season-ending injuries, while CF Cristian Pache failed to hit and had to be sent back to the minors. The Braves acquired four outfielders, all of whom had been starters recently, at the trading deadline, and all four became contributors as the team surged back into the division lead in the second half. The four were Adam Duvall, Joc Pederson, Jorge Soler and Eddie Rosario.

There was also some turnover at catcher, again because of injuries, most notably that of Travis d'Arnaud, who missed over three months after spraining his left thumb on May 1st; in fact in that game - a loss to the Toronto Blue Jays - both d'Arnaud and his back-up, Alex Jackson, were injured and missed significant time. A number of different players filled in during the absence of the two primary catchers, with William Contreras, Stephen Vogt, Jeff Mathis, Jonathan Lucroy and Kevan Smith all getting time behind the dish. Indeed, the Braves figured that they had enough depth at the position that they could afford to trade Jackson, once back healthy, to the Miami Marlins to acquire Duvall.