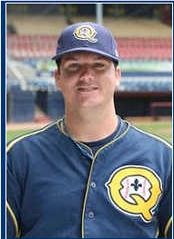 Stanton signed with the Rouen Huskies for 2009. In his debut, he struck out 12 and allowed one run in six innings in a win over the Templiers de Sénart. He played for Rouen in the 2009 European Cup. He left France rather quickly, appearing for the Fargo-Moorhead RedHawks in the Northern League starting in June 2009. With Fargo that year, he went 4-0 with 2.25 ERA in 44 IP. He was also 1-1 with a 7.20 ERA in 2 starts for the Sussex Skyhawks that year.

Stanton was pitching coach of Les Capitales in 2013. He made a single appearance on the mound and didn't allow a run in an inning of work. In 2015 he was appointed manager of the Garden State Grays, a road team in the Can-Am Association, a rather unenviable job. The following summer, he was named manager of the Trois-Rivières Aigles in the same league, after Pete LaForest, who had led the team to a championship the previous year, had been fired and team management was unable to come to contract terms with his interim replacement, Maxime Poulin. His knowledge of the league and his ability to speak French were noted as factors that led to his appointment.

"A giant with a heart of gold and a rubber arm, that would be the best description of T.J. Stanton, a righthanded pitcher with a fearsome fastball." Mario Morissette, sportswriter for MédiaMatinQuébec [1]