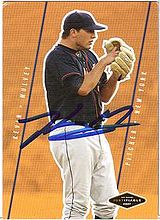 Mulvey hit .320 and struck out 250 in his high school career. He had a 0.88 ERA and 100 strikeouts as a senior. Collegiate Baseball named him a high school All-American. The St. Louis Cardinals took him in the 34th round of the 2003 amateur draft but he had opted to go to college instead.

In 2006, the right-hander was 3-8 with a 3.61 ERA. He was 5th in the Big East Conference in ERA. The New York Mets were highly interested, though, and took him 62nd overall in the 2006 amateur draft - the second-round pick was their first choice of the draft as they had lost their first-round pick that year. He was signed by scout Scott Hunter for a $585,000 bonus.

Making a fine professional debut, Mulvey pitched 2 scoreless innings for the GCL Mets and was 0-1 with a 1.35 ERA in three starts for the Binghamton Mets. Mulvey had a 0-2, 6.00 record for the Mesa Solar Sox that fall.

Kevin made the 2007 Futures Game as a replacement for Matt Garza, who was called up to the majors. Mulvey relieved Joba Chamberlain to start the 4th inning. He allowed a double to Max Ramirez but fanned German Duran. Robinzon Diaz singled and a Carlos Gonzalez sacrifice fly made it 4-0 for the World team. Mulvey retired Freddy Sandoval on a grounder to end the frame.

The New Jersey native went 11-10 with a 3.32 ERA for Binghamton in 2007. Called up to the New Orleans Zephyrs, he held the Round Rock Express to 2 hits and no runs in six innings in his AAA debut to clinch the Southern Division title in the Pacific Coast League for New Orleans.

In February 2008, Kevin was sent to the Minnesota Twins, along with Philip Humber, Carlos Gomez, and Deolis Guerra in exchange for Johan Santana. Mulvey now pitches for the Minnesota Twins AAA club, the Rochester Red Wings. He made his debut with the Twins in July, 2009, pitching two games in relief, then was sent to the Arizona Diamondbacks on September 1 as one of two players sent to the D-Backs in return for reliever Jon Rauch. He pitched another 6 games in Arizona, ending his first season with a combined record of 0-3, 8.14. He pitched two games for the 2010 Diamondbacks (2 R in 3 IP) to finish his MLB career at 0-3, 7.90 in 10 games.