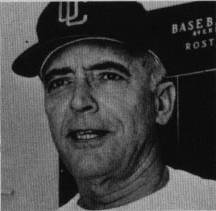 His baseball career began in 1936 as a pitcher for the Los Angeles Angels of the Pacific Coast League. His playing career spanned six decades including throwing a perfect inning for a Triple-A team in 1980 when he was 63 1/2. He was an 18-game winner for Ponca City early in his career, but his best pitching year was as a 20-game winner for Yakima Pippins in the Western International League in 1939. The team had bought his contract for $400.

He bounced around several minor league systems until World War II, where he served in the South Pacific while also playing on Army baseball teams. Competing Army teams managed by New York Yankees greats Joe DiMaggio and Red Ruffing simultaneously recruited him, but Kittle chose to play for another pitcher in Ruffing.

Upon his return from the war in 1946, Kittle migrated through the minor leagues for the next 25 years, both as a pitcher and manager. Kittle was a manager from 1955-1959 and general manager from 1960 to 1961 in Yakima and helped save the Northwest League by arranging major-league affiliations for some of the its struggling teams. The Sporting News named him Minor League Executive of the Year in 1960. Kittle was the GM of the Hawaii Islanders in 1962 and Portland Beavers in 1963.

He also managed winter league teams for 17 years in Mexico, Venezuela, the Dominican Republic and Puerto Rico and said he was proud of helping to develop a number of players who went on to major league success. One of those players, Whitey Herzog, later became manager of the St. Louis Cardinals and hired Kittle as his pitching coach in 1981.

He pitched in six decades, including throwing a perfect inning in an exhibition game with the Springfield Redbirds team in 1980 at the age of 63. On August 27, 1980, he became the oldest man to play in an organized baseball game when he started for Springfield in the American Association against the Iowa Cubs at the age of 63 years and six months. Kittle retired the side in the 1st inning, then tossed one pitch to retire a batter in the second frame before exiting.

When his wife fell ill, he took a job closer to home as an organizational pitching instructor for the Seattle Mariners. Despite health problems, he had worked with the team's pitching coaches during the previous year. He had maintained a permanent home in the Yakima area since 1939 and always returned there during the offseason.

Kittle coached for the Houston Astros (1971-1975) and the St. Louis Cardinals (1981-1983). He was the Cardinals' pitching coach when the team won the 1982 World Series. He was a special assignment pitching coach for the Seattle Mariners his last five years. He is also reported to have won 1,329 games as a minor league manager. He died nine days short of his 87th birthday from diabetes complications and kidney failure and is buried at Yakima Cemetery in Yakima, WA.