"I doubt if anyone will dispute my selection of Eddie Collins as the greatest second baseman of all time . . ." - John McGraw, writing in 1923

"He was the greatest second baseman I had ever seen. . .Plays which were difficult for even a finished infielder were made to seem easy." - Bucky Harris, writing in 1925, quoted by Bill James

"He was the greatest second baseman who ever lived." - Connie Mack 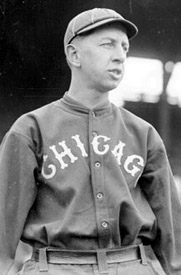 Hall of Fame second baseman Eddie Collins hit .333 over a quarter century in the major leagues and was a member of four World Series champions. Never winning a batting title, his offensive exploits were often overshadowed by Ty Cobb during the course of his career, as Cobb's career was nearly identical in length and time frame to his.

While still attending Columbia University, where he was a star baseball player and quarterback on the football team, Collins made his major league debut with the Philadelphia Athletics in 1906. The youngest player in the majors at the time, he played under the pseudonym "Sullivan". By 1909, he had become the Athletics' regular second baseman and finished second in the American League with a .347 average, batting .347/.416/.450 while adding 104 runs scored and 60 steals. Over the next six seasons, he hit over .300 every year while his club became a dynasty, winning the World Series in 1910, 1911, and 1913. Along with shortstop Jack Barry, third baseman Frank Baker, and first baseman Stuffy McInnis, Collins formed a core of the club often known as the "$100,000 infield". Twice in 1912, he stole 6 bases in a single game, a major league record. In 1910, he led the AL with 81 stolen bases while batting .324/.382/.418. From 1912 to 1914, he led the AL each year in runs scored, with totals of 137, 125 and 122. In 1914, he hit .344/.452/.452, leading the league in average, on base percentage and runs scored (122) en route to being named the AL Most Valuable Player as the Athletics reached the World Series once again.

With the Federal League a real threat by luring away players with greater riches, Connie Mack came to Eddie prior to the '14 season and offered a guaranteed, five-year deal. Eddie declined and was promptly moved after the season during one of Connie's routine teardowns. Collins was sold to the Chicago White Sox for $55,000, the largest sum for a player move in history (at the time). He became the first of only three men (Alex Rodriguez and Giancarlo Stanton the others) to be on the move immediately following an MVP season. In 1917, he had his worst season in the majors up to that point, hitting below .300 for the first time as a regular (.289/.389/.363) but starred for the Sox in the World Series, hitting .409/.458/.455 and scoring four runs as his team beat the New York Giants for the championship. Collins struggled again in 1918, partially due to his military service during World War I, playing only 97 games with a .276/.407/.330 line. He returned to form in 1919, batting .319/.400/.405 with a league-leading 33 steals, and beginning another streak of ten seasons over .300. 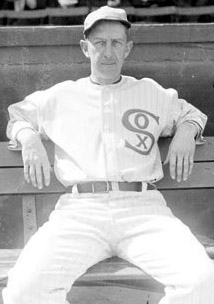 Collins was reportedly the highest paid member of the Sox at the time, which distanced him from several of his teammates who were part of the Black Sox Scandal. In fact, he reported suspicions of wrongdoing late in the 1920 season to owner Charles Comiskey, who dismissed them. He did serve as a witness for the prosecution when the players went on trial the following year. Through all the White Sox drama, Eddie batted .372/.438/.493 with 117 runs as the Sox folded down the stretch. In the 1988 film Eight Men Out, chronicling the Sox crooked play, Collins was portrayed by Bill Irwin.

Eddie is the only man in MLB history to play twelve seasons for two different teams. He is also one of 29 men to play in four decades. He finished his career among many of the all-time leaderboards, playing 2,826 games with 1,821 runs scored, 3,315 hits, a .333 average and a .424 on base percentage. Eddie holds the all-time record for sacrifice bunts with 512. In 1939, he was inducted into the Hall of Fame. In 1987, he was inducted onto the Philadelphia Baseball Wall of Fame.

After his playing days, Eddie remained with the A's as a coach in 1931 and 1932. In 1933, Collins joined the Boston Red Sox as General Manager and he remained with the team in a front office role until his death in 1951, later earning entry into the team's Hall of Fame. Collins was survived by a son, Eddie Collins, Jr., who played for the Athletics for several seasons and later worked in the front office of the Philadelphia Phillies.