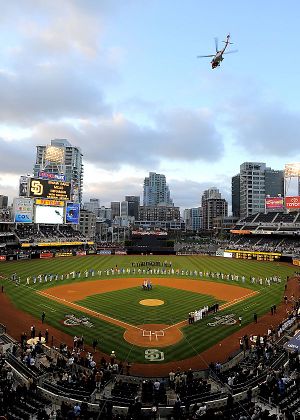 The 2010 Padres were the second team in major league history to drop 10 games in a row while maintaining first place, something they did in late August-early September. They followed the 1932 Pittsburgh Pirates in the feat. However, the losing streak was the beginning of the end for the team, as they were caught by the San Francisco Giants shortly thereafter, and after a few weeks of the lead going back and forth between the two teams, they ended the season two games behind San Francisco, and one game behind the Atlanta Braves in the Wild Card race.

The Padres were the first team to feature five second-generation major leaguers playing together in a game: Tony Gwynn Jr.; brothers Jerry Hairston and Scott Hairston; Will Venable and Ryan Webb. They played together in the same game 13 times, the first on May 9th.