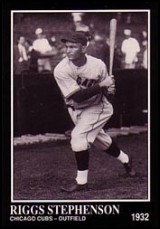 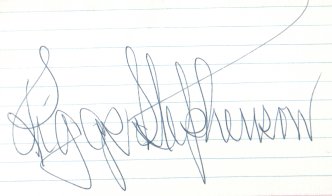 Riggs Stephenson hit .336 lifetime in the major leagues and for many years had proponents stoutly contending he should be in the Hall of Fame. He holds the highest batting average of any eligible modern player with 5,000 at-bats not in Cooperstown. Only one-time pitcher turned outfielder Lefty O'Doul has a higher one, .349 in just 3648 at-bats.

Stephenson struggled defensively due to an injury suffered while playing football at the University of Alabama, and eventually his injuries ended his major league career, after which he played for several more years in the minors. He only topped 500 at-bats four times and only finished in the top 10 in OPS+ twice; most of his value came from his batting average, which only placed in the top 10 three times and never in the top three in his league.

His entire major league career was in the lively ball era with two teams, the Cleveland Indians and the Chicago Cubs. Riggs was primarily a second baseman and third baseman in his years with the Indians, who were managed by Tris Speaker, but once he came to the Cubs he was almost exclusively in left field. In all he played 203 games at second base, 44 at third base, and 913 in the outfield.

He had been at the University of Alabama at the same time as Joe Sewell, Luke Sewell, and Ike Boone.

After baseball, he ran a car dealership in Tuscaloosa, AL.