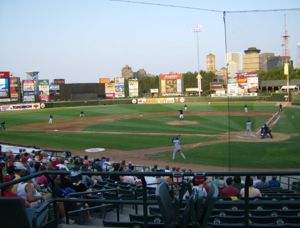 Innovative Field in Rochester, NY, is the home of the Rochester Red Wings, the Washington Nationals' Triple-A International League team. It also served as the Toronto Blue Jays' alternate training site during the 2020 Coronavirus pandemic.

The unusual circumstance of the Jays using the stadium of an affiliate other than their own came about because Buffalo's Sahlen Field pinch-hosted the Jays themselves, due to the closure of the Canadian border.

MLB's 2021 Minor League Reorganization greatly expanded existing standards for stadiums hosting affiliated teams. The Wings have a deal with Monroe County and the state to spend about $26 million on upgrades - roughly half to satisfy the standards and the other half to enhance fan experience.

A 10-year lease announced in 2017 went unsigned for six months, close enough to the next season that the IL put together - but never revealed - an alternate stadium(s) plan.

A distinguishing feature of the ballpark is a sculpture of a horse in its atrium. This sculpture, entitled "Horsehide", is entirely made up of old baseball gloves. Of course, the sculpture's name is a misnomer, as horsehide was traditionally used to manufacture baseballs, not gloves, but it is nonetheless a striking work of art. It has often been singled out as one of the nicest baseball-themed artwork present in any ballpark, for example by Joseph L. Price in his book Perfect Pitch.

Opened as Frontier Field in 1996, the Monroe County-owned ballpark replaced Silver Stadium and drew its 10 millionth fan to a Wings game in 2018. The older ballpark was named for local businessman Morrie Silver, who saved the Red Wings after the St. Louis Cardinals decided in 1956 to sell the stadium and move the club. The nonprofit Silver's daughter heads still owns the ballpark. Rochester-based Frontier Communications owned naming rights through the 2022 season, after which Frontier asked to be let out of the contract after filing for bankruptcy and Innovative Solutions stepped in. Innovative is a Henrietta-based IT services firm. The naming deal was announced October 24, 2022, and became effective with the November 15th approval of the Monroe County Legislature.

It hosted the 2000 Triple A All-Star Game and the 1997 Governors' Cup Championship. It is located in downtown Rochester, within view of the Kodak Building, which is one of the city's landmarks. A train track runs on the right field side of the ballpark site, and long foul balls and home runs could theoretically hit a passing freight train. Although the ballpark is of recent vintage, it opened before the wave of "mall-type" minor league parks that include numerous shopping and entertainment options outside of baseball. Its classic and understated design give it an old-timey feel. 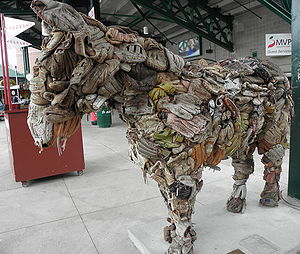