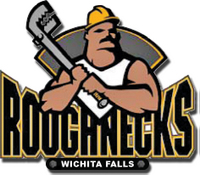 Originally formed in 2004 the, Graham Roughnecks were founding members of the Texas Collegiate League in 2004. The team suffered some financial troubles following the 2006 season. The team folded and relocated from Graham, TX to Wichita Falls, TX where the team became the Wichita Falls Roughnecks. The Roughnecks are a Major League Baseball-sanctioned team which is designed and dedicated to provide the nation's collegiate players the opportunity to compete at a higher level and prepare for entering the MLB Draft. The Roughnecks operate in a similar manner to a Minor League team: playing nightly in stadiums before fans, using wood bats and minor league specification equipment, and experiencing road trips between games. Like all other summer collegiate players, they are unpaid in order to maintain their NCAA eligibility, and live with host families in the same manner as Single A and Independent League players.