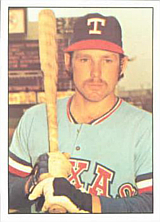 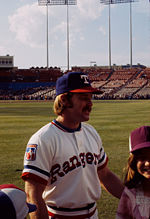 A four-time All-Star, Harrah broke in with the 1970 Washington Senators and moved to Texas with them in 1972, the year he was named to the All-Star team for the first time. He played nine years with the team and had some hitting peaks during his stay, with 27 home runs in 1977, 109 walks in the same year, 93 RBI in 1975, and 31 stolen bases in 1978 (getting caught only 8 times). He manned shortstop primarily.

Harrah next spent five years with the Cleveland Indians (at the time of "Super" Joe Charboneau), moving to third base, scoring 100 runs twice and posting his career best batting average of .304 in 1982. He finished his career playing one year with the New York Yankees and two back with the Rangers, where he was now a second baseman. He drew 113 walks with Texas in 1985. For his play with the Rangers, he was inducted into the team's Hall of Fame in 2009.

Harrah was the last member of the expansion Senators to play in the majors. In 1989, he played for the West Palm Beach Tropics of the Senior Professional Baseball Association. He hit .318 in 63 games with the team.

After his playing days ended, Harrah managed the Oklahoma City 89ers in 1987 and 1988. He was a Rangers coach from 1989 to 1992, also managing the club for part of the season in his last year there, taking over when Bobby Valentine was fired. Harrah was a minor league hitting instructor for the Rangers in 1993-1994, and once again succeeded Valentine, this time as manager of the Norfolk Tides, in 1995. He coached third base for the Indians in 1996, was the hitting coach of the Detroit Tigers in 1998 and was Colorado Rockies bench coach from 2000 to 2002. From 2011-2012 he was the minor league hitting coordinator for the Detroit Tigers. In 2013, he was promoted to assistant hitting coach, lasting one season in this capacity.

In one American Legion Baseball game, he threw a no-hitter.