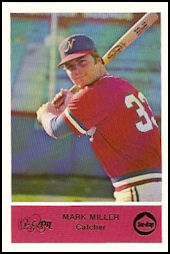 Reaching AAA in 1980, Miller was 6 for 39 with two walks, a triple and 15 strikeouts for the Indianapolis Indians to end his career.