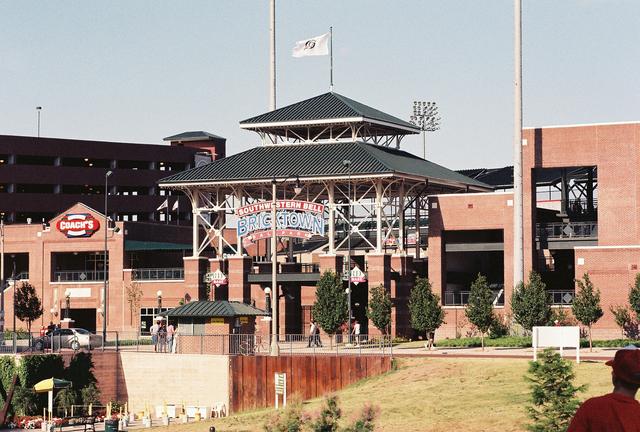 In 1998, OKC's 36-year-old club changed its nickname, league, and playpen: from 89ers to RedHawks, from the American Association to the Pacific Coast League, and from All Sports Stadium to Southwestern Bell Bricktown Ballpark. The HOK Sport (now Populous) stadium hosted some University of Oklahoma-Oklahoma State University Bedlam Series games until OSU confined its home games to its brand-new $60 million stadium in 2020.

The stadium's brand was originally Bricktown Ballpark, but just that never went on its walls. By the time it opened, Southwestern Bell owned naming rights. Corporate mergers brought two more names during that contract. In 2012, Newcastle Casino - which opened the same year Bricktown did - bought rights but ran into twin tracks of trouble: Tying baseball and gambling, even in name only, always raises controversy; and Newcastle is an OKC suburb, creating at least an appearance of a suburb's name on a facility owned by Oklahoma City. The compromise, Chickasaw, is the name of the tribe that owns the casino. 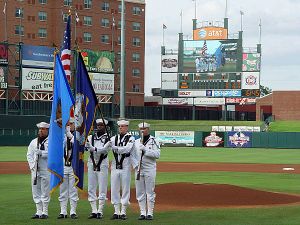 Trooping the colors before a game in 2009 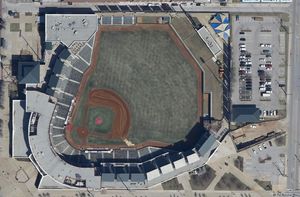 The Ballpark from space.
Retrieved from "https://www.baseball-reference.com/bpv/index.php?title=Chickasaw_Bricktown_Ballpark&oldid=1225444"
Categories: