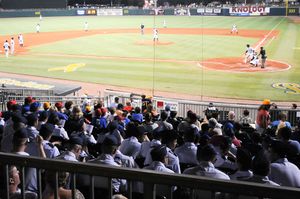 Home of the Montgomery Biscuits, 2004 to present 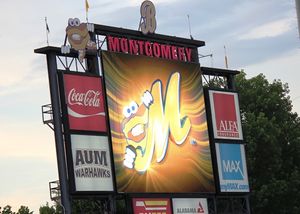 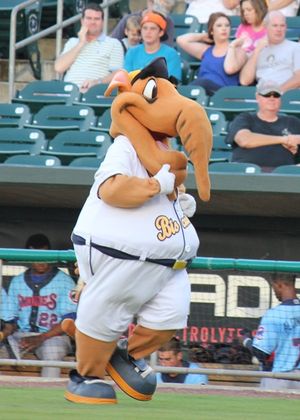 Construction of Montgomery Riverwalk Stadium was completed in early 2004 and the first pitch was recorded on April 16, 2004. The ballpark is located at Coosa St. and Tallapoosa St., where a historic train station used to stand. However, instead of knocking down the existing buildings they were incorporated into the ballpark. A new building was constructed down the third base line, but it blends in well from outside the ballpark. If it weren't for the light poles, you would have no idea that a ballpark was there. There are only about 15 rows of seating, so all seats are relatively close to the field. There are train tracks that run directly behind the left field fence, with trains passing by during the game adding a very unique touch to a game.