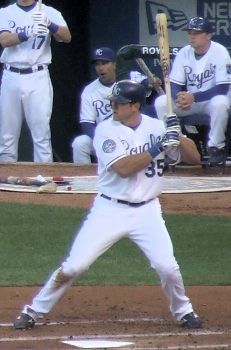 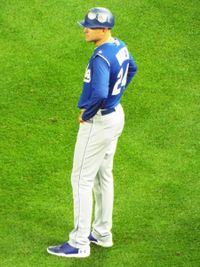 Mitch Maier hit .444/.477/.588 as a college freshman, was named as the All-Mid-American Conference catcher and won Freshman of the Year honors in the MAC. He won the conference batting title by four points over John VanBenschoten and was a first-team Baseball America Freshman All-American.

In 2002, Mitch hit .362/.425/.643, showing reduced contact but vastly improved power. He was the All-Conference catcher again. In '03, Maier put it all together with a .448/.525/.691 line. He was second to Rickie Weeks in NCAA Division I in batting average and was 4th in OBP. He also led the MAC with 29 steals and was All-Conference for the third straight year, though Brad Snyder was named Conference MVP. Maier was named by Baseball America as a first-team All-American at DH and was the utility man on the American Baseball Coaches Association All-American team.

He was selected by the Kansas City Royals in the first round of the 2003 amateur draft (30th overall) and signed by scout Jason Bryans for $900,000. Debuting with the AZL Royals, he hit .350/.403/.507. Baseball America rated him the #4 prospect in the Arizona League, where he was also honored as an All-Star after finishing fifth in average.

Maier played his last game of professional baseball on his 30th birthday, June 30, 2012. In 2018, he was appointed first-base coach with the Royals, staying until the end of the 2019 season.