Publix Field at Joker Marchant Stadium in Lakeland, FL, is the home of the Lakeland Flying Tigers, the Detroit Tigers' Florida State League farm team, and spring training games of the Detroit Tigers. Opened in 1966, it was named for Marcus Thigpen "Joker" Marchant - the then-Parks and Recreation director who lived most of his life under a white cowboy hat.

Renovations to Marchant sent the Tigers to their former home, Henley Field, in 2002 and again in 2016. The 2017 re-opening run-up saw Publix Super Markets buy field naming rights, the placement of statues of Marchant and Publix founder George Jenkins shaking hands, and a new lease that keeps the Tigers - ironically, the first team ever to spring train in Arizona, in 1929 - in Lakeland through their 100th spring.

Marchant is one of five Florida ballparks that then or previously hosted affiliated or MLB spring-training baseball to appear in the HBO film Long Gone (1987).[1] The others were Henley, Plant Field at the University of Tampa, Jack Russell Stadium in Clearwater and McKechnie Field in Bradenton.

The Bengals were the first big league team to put spring MLB and summer affiliated clubs in the same facility - which is now, of course, the norm in Florida. 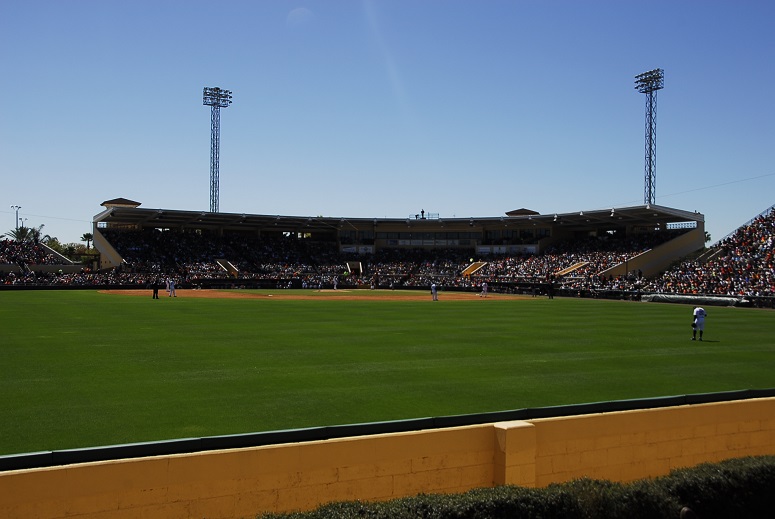