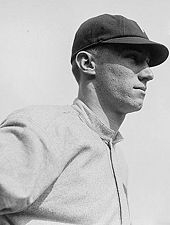 Third baseman John Dodge began his pro career in 1909. He hit .303 for the Norfolk Tars of the Virginia League in 1912 and reached the majors late that year with the Philadelphia Phillies. After beginning the following season back with the Phillies, he was dealt to the Cincinnati Reds for Beals Becker in June. After the trade, he was the Reds' primary third baseman for the remainder of the year but was back in the minors in 1914.

While playing for the Mobile Sea Gulls in the Southern Association in 1916, Dodge was killed after being hit in the head by a pitch from Nashville pitcher Tom Rogers. He was just 23.