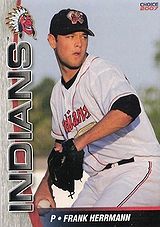 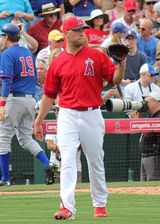 Frank Herrmann struggled with elbow tendinitis in college and went undrafted. He was signed by Cleveland Indians scout Phil Rossi in 2005 for $35,000 and made his pro debut the next summer.

Herrmann headed into spring training in 2013 with the objective of making the Indians' starting rotation, a change of usage for a pitcher who had last started a game in 2009 in the minors. He did have significant prior experience in the role before that, however, having been a full-time starter from 2006 to 2008, including putting up back-to-back seasons of 11 wins for the Kinston Indians in 2007 and the AA Akron Aeros in 2008. However, his plans were quickly thwarted as he fell victim to a sprained ligament in his right elbow, the sort of injury that could cause him to miss the entire season if surgery was deemed to be necessary.