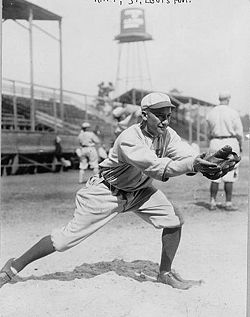 Del Pratt was a work-horse major league second baseman who led the league in games played five times. Although he played only 13 years in the majors, three of the most similar players, according to similarity scores, are in the Hall of Fame.

He was the first major leaguer to come from the University of Alabama, where he attended in 1908-1909. Previously, he had been at the Georgia Institute of Technology in 1906-1907, at the same time as Ed Lafitte. He was also briefly at Auburn University.

He started in professional baseball in 1910. Over the years, he would also coach college football many times during the off-season.

As a major league rookie with the St. Louis Browns in 1912, he was an everyday player and finished 13th in the MVP voting. He played at least 152 games in each of his first five seasons in the majors. After being traded to the New York Yankees in 1918, he was on the team in 1920 when Babe Ruth came to the Yankees for his first season. He then spent a couple of seasons with the Boston Red Sox managed by Hugh Duffy in 1921 and 1922, and afterwards a couple of seasons with the Detroit Tigers managed by Ty Cobb in 1923 and 1924.

After his major league days, Pratt managed a sporting goods store briefly before going to the Waco Cubs of the Texas League as a player-manager. He managed the Waco team from 1925 until 1930. The highest finish for any of the teams Pratt was managed came when the Cubs finished second in 1927. That season, at the age of 39, he won the Texas League's Triple Crown by hitting .386 with 32 homers and 140 RBI. It was the first Triple Crown in league history; it would be 72 years before Adam Piatt was the second player to turn the feat. He managed the Galveston Buccaneers in 1931 and 1932. He then finished his minor league managerial career with the Fort Worth Cats in 1934.

After his time in Waco and Galveston, Pratt ran a bowling alley before coming back to manage one more year with the Fort Worth Cats of the Texas League (1934). In later years, he was a scout, coached a high school football team, owned a gas station in Galveston, and managed in the sporting goods business once again.

One source says he was an All American football player while at the University of Alabama.