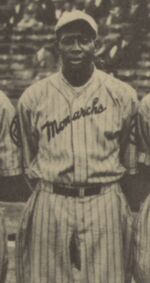 He was absolutely dominant in Hawaii, generally regarded as the best player on the island. His statistics in Hawaii were compiled by the semi-pro researcher John Iachetta. As a pitcher he had a 35-2 record, with 468 strikeouts against 49 walks and 142 hits allowed in 355 1/3 innings. He completed all 35 of his starts, 17 of which were shutouts. As a batter, he hit .347 with 28 home runs, 20 doubles, 14 triples, 153 runs scored, and 61 stolen bases in 125 games. He primarily played catcher in 1915. In his last season, 1918, which he spent with the 25th Infantry in the Oahu Service League, he threw shutouts in all six of his starts, for a final record of 7-0 with a 0.30 ERA.