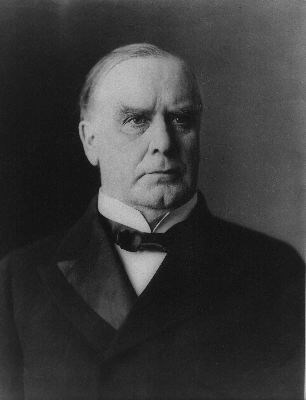 William McKinley was the 25th President of the United States. He threw out the first ball for a professional game while governor of Ohio, and was invited to be the first President to do the same for a major league game. Many members of Congress attended the Washington Senators game in 1897, but McKinley did not appear.