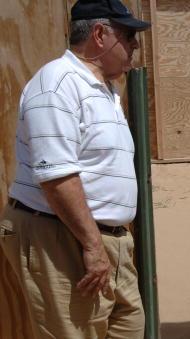 Vince Naimoli was the first owner of the Tampa Bay Devil Rays.

Naimoli wa not known for his deep pockets when running his club. Even top prospects like Delmon Young and B.J. Upton were alienated by moves made at his direction by General Manager Chuck LaMar

He famously became incensed when an employee used the bathroom in his personal luxury suite.

He opened a cigar bar in Tropicana Field.

In October 2005, Stuart Sternberg took over control of the club, but Naimoli retained 15% ownership.

This page is in need of some additional content. Please help the Bullpen by expanding it, or learn how to contribute.
Retrieved from "https://www.baseball-reference.com/bpv/index.php?title=Vince_Naimoli&oldid=1101238"
Categories: