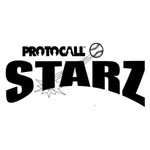 The Protocall Starz were a Summer Collegiate Baseball team that operated in Medford, NJ. The Starz are one of the founding members of the Atlantic Baseball Confederation.

The Protocall Starz were like every other summer college baseball team in that they dedicated and designed to provide minor league-style competition for NCAA players that wished to continue on into professional baseball. The Starz operate in the model an Independent Minor League team: recruiting athletes, playing nightly before fans in stadiums which seat thousands, using wood bats and minor league specification equipment, and experiencing road trips between games. The Starz actively recruit players, and have hosted collegiate athletes from throughout the United States. Like all other summer collegiate players, Protocall Starz athletes were unpaid in order to maintain their NCAA eligibility, and lived with host families in the same manner as Single A and Independent League players.

2009 The Protocall Starz finished with a record of 29-7,finished in first place,and won the league championship.