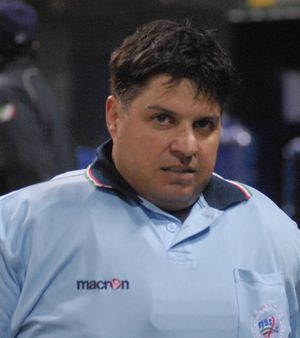 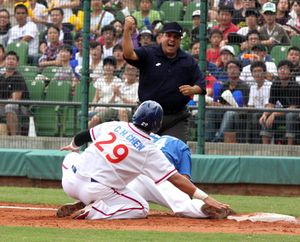 Pierfranco Leone at the 2010 Intercontinental Cup

Pierfranco Leone is an Italian umpire.

He started umpiring in 1985 and quickly reached the Italian First Division (then named "Serie A1"). In 1992 he became a CEB International Umpire, and in 1993 was nominated IBAF International Umpire. Since 1994 he has been an instructor for Italian umpires and started to run several umpire training courses in Italy and in Europe.

He has worked dozens of international tournaments.

Today he still works in the Italian Baseball League where is one of the most experienced umpires. 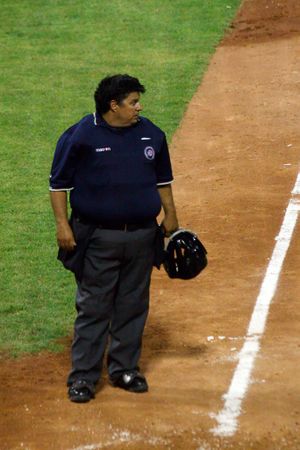 He has worked the following international competitions: