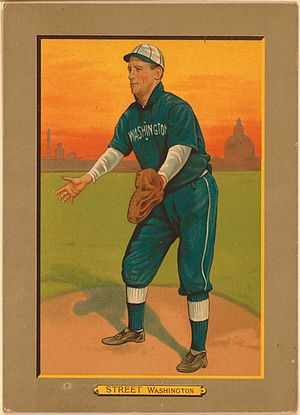 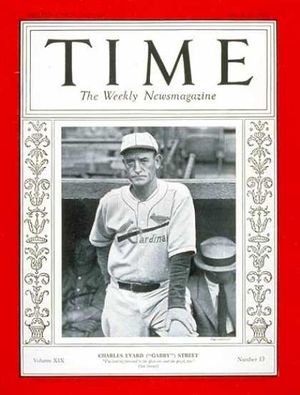 After his playing career ended, he was a St. Louis Cardinals coach in 1929 and managed the club for one game that year. The next season, he took over as the team's full-time skipper. He is called the "player/manager" of the 1931 World Series champion Cardinals, but at age 48, he only played one late-season contest that year. His 1931 Cardinals team featured Frankie Frisch, Jim Bottomley, and Chick Hafey. In the World Series, they beat the Philadelphia Athletics, who had Jimmie Foxx, Mickey Cochrane, and Al Simmons.

Street managed the Cards until midway through the 1933 season, when he was replaced by Frisch. He later was a member of the St. Louis Browns coaching staff in 1937 and was the team's manager for most of the 1938 season. Then, he spent six years as a broadcaster for the Cardinals from 1945 to 1950.

A veteran of two wars, Street served in both the Spanish-American War and World War I. One of his nicknames as a player was "Old Sarge." As a stunt, he was the first person to catch a baseball dropped from the top of the Washington Monument, in 1908.

Street had cancer surgery in 1949 but died of heart disease in early 1951.