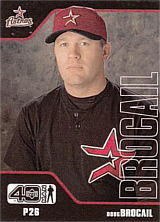 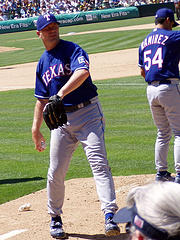 Doug Brocail was involved in two massive multi-player trades during his career. Following the 1994 season, he was dealt by the San Diego Padres, along with Derek Bell, Ricky Gutiérrez, the other Pedro Martínez, Phil Plantier and Craig Shipley to the Houston Astros for future NL MVP Ken Caminiti, Andújar Cedeño, Steve Finley, Roberto Petagine and Brian Williams. Two years later, after the 1996 season, he was packaged with Brian Hunter, Todd Jones, Orlando Miller and cash considerations to the Detroit Tigers for Brad Ausmus, José Lima, Trever Miller, C.J. Nitkowski and Daryle Ward.

Arm troubles took nearly four full seasons from Doug (he missed the entirety of the 2001 to 2003 seasons at the big league level) but he was able to hang around until the end of 2009. During spring training in 2006, he underwent angioplasty. In a fifteen season career with four teams, he made 626 appearances (42 starts) with a 4.00 ERA in 885 innings.