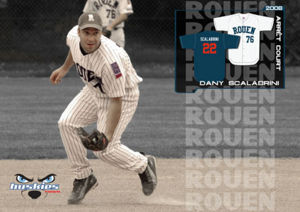 Dany Scalabrini (listed also as Danny Scalabrini) played two years in the independent leagues and then went to France. His brother Pat Scalabrini is also a professional baseball player. 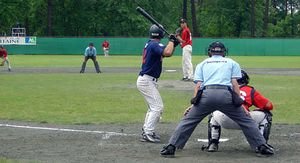 Dany at bat during the 2007 Challenge de France

He was head coach of Rouen in 2008, but will return to being hitting coach in 2009 to concentrate on his playing.