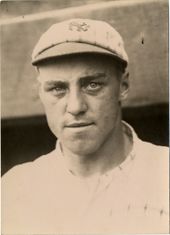 In 1921, he was briefly an outfielder on the New York Yankees, playing with fellow outfielder Babe Ruth in the season that Ruth hit 59 home runs. Hawks, although he had only 2 home runs, had a .479 slugging percentage, which was one of the highest on the team.

In 1925, after not being in the majors since 1921, he managed to become the regular first baseman at age 29 for the Philadelphia Phillies and hit .322. He played no outfield, after having played all outfield and no first base in 1921 with the Yankees.

He played on the great 1923 St. Paul Saints minor league team that won 111 games. He was in 32 games with them, hitting .273. In all, he was in the minors for 12 seasons, most of it in the International League or the Pacific Coast League.

Fans sometimes enjoy putting Chicken Hawks on an "all animal team", with players such as Rabbit Maranville, Spider Jorgensen, Rob Deer, Mule Haas, and others.