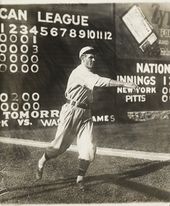 Sitton was born in Pendleton, SC and attended nearby Clemson University. He was there at the same time as John McMakin and Cad Coles, and the three of them were the first three major leaguers out of Clemson.

Carl had substantial success in the minors in 1908, going 23-9 split among two teams, and came to the majors in 1909. The star of the staff for the 1909 Cleveland Naps was the 42-year-old Cy Young, and Addie Joss was also on the staff.

He continued to pitch in the minors for several seasons after that, winning 16 games in 1910 and again winning 16 in 1915.