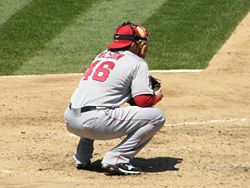 Wilson started 2008 with the Salt Lake Bees and hit .339/.414/.435 in 16 games; when Jeff Mathis was sidelined by the flu, Wilson was called up to the majors. He debuted as a defensive substitute for Mike Napoli and singled against Dallas Braden in his first big-league at-bat.

Wilson retired after the 2019 season and was scheduled to be the manager of the Frisco RoughRiders in 2020 before the season was cancelled due to COVID-19. In 2021, Wilson was named catching coach of the Texas Rangers and he coordinates the minor league catching program.