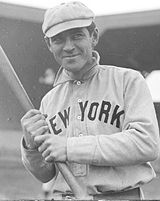 Billy Lauder played major league ball for five years. Four of his five teams finished over .500. He was well-known as a college-educated man who exhibited gentlemanly behavior on the field and did not get in fights with other players or umpires.

In 1901, Lauder played 2 games for the Philadelphia Athletics, both in a Sept. 14 doubleheader against Baltimore. His appearance at the ballfield while visiting was fortuitous for the Athletics. As reported by the Philadelphia Inquirer: "Mack was in a bad way, owing to the enforced absence of Lave Cross and Fred Ely. Lauder, who happened to be making a friendly call upon Dave Fultz, kindly volunteered to help Mack out of his difficulty and went to third. He was given a cordial reception by the crowd. Necessarily Billy was a little rusty, but the old time form was suggested all through the game."

His brother George also attended Brown University and played first base for New Haven in 1903.

Eddie Collins gave Lauder credit for influencing him toward a career in baseball career. Source: Baseball Magazine, March 1915. Sporting Life once called him "the man who developed Eddie Collins".

It was reported in October 1898 that he was planning to study law that winter at Harvard University.