Note: This page links to former pitcher Bill Lee, nicknamed "the Spaceman". For others with similar names, click here. 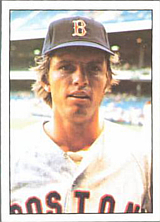 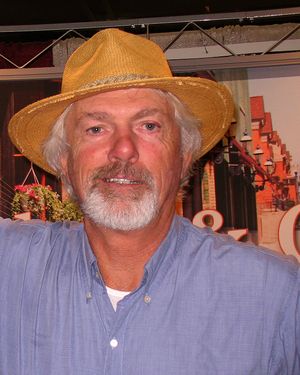 Bill "The Spaceman" Lee pitched 14 years in the big leagues, all for the Boston Red Sox and the Montreal Expos. The winner of 119 games, he won 17 three seasons in a row from 1973 to 1975. In 1973, his ERA was third-best in the American League and he made the All-Star team.

In his time, Lee was famous as a character, but many of his funny sayings had a grain of truth in them. Here's some:

"Baseball is the belly button of society. Straighten out baseball and you'll straighten out the rest of the world." - Bill Lee

"The lefthander's first good look at the leftfield wall, the Green Monster in Fenway, is an automatic reason for massive depression. And that's when it's viewed from the dugout." - Bill Lee, when he pitched for the Red Sox

Throughout his career, Lee had a propensity for running afoul of management. With the Red Sox, he vehemently protested the exile of friend Bernie Carbo and was a chief member of the group actively trying to oust manager Don Zimmer during the team's ill-fated 1978 campaign. Zimmer refused to use Lee down the stretch of their impending doom, and the Spaceman was dealt to the Montreal Expos for lightly regarded infielder Stan Papi after the year. In 1982, Lee's time in the majors came to an end when he staged a one-game walkout following the release of close friend "Cool Breeze" Rodney Scott.

Lee's aunt Annabelle Lee pitched in the AAGPBL. In 1989, Lee played for and managed the Winter Haven Super Sox of the Senior Professional Baseball Association. He was fired as manager after losing six of seven games and replaced by Ed Nottle. He remained on the team's pitching staff and went 3-9 with a 4.96 ERA as well as playing first base at times. Lee batted .262 in 42 at-bats. In 1990, he played for the St. Petersburg Pelicans of the Senior Professional Baseball Association. He pitched in 7 games and was 2-1 with 2 saves with a 3.79 ERA when the league folded.

As of the mid-2000s, Lee estimated he still threw 200 innings a year playing in over-40 leagues in New England. On August 16, 2010, he announced he had signed a contract to pitch a game with the Brockton Rox of the Can-Am Association on September 5th at the age of 63. He won that game, 7-3, over the Worcester Tornadoes, giving up only two runs in 5 1/3 innings. He fanned one batter and walked none. Two years later, at the age of 65, he pitched a complete game for the San Rafael Pacifics of the North American League. He may be the oldest pitcher to have won a professional game. In 2018, he played designated hitter for the Ottawa Champions, back in the Canadian-Am Association.

At one time, Lee wanted to change his number to 337 since it would spell Lee upside down. He was known to throw a "Space Ball" or "Leephus" pitch, his version of the eephus pitch.

In 1984, Lee wrote an autobiography, The Wrong Stuff, in which he claimed his marijuana use made him impervious to bus fumes on his jogging route to Fenway Park during his playing days (among other claims). He was known as a proponent of jogging when it was still considered a freakish thing, and was once hit by a taxicab by jogging at odd hours in Los Angeles, CA as a member of the Expos. In 2016, he was the subject of a documentary feature by filmmaker Josh Duhamel, entitled Spaceman. The film follows Lee's life after the end of his major league career. He ran for Vermont governor in 2016, on the Liberty Union Party ticket, receiving 2.78% of the vote. Still playing in 2022, he collapsed before a game with the Savannah Bananas on July 19th, but a quick intervention by paramedics present on site saved his life.

"The saddest day is when all the leaves fall off the trees and you shut down baseball - and you have six more months of ice hockey." - Bill Lee