Stade Pershing is a ballpark located in the Bois de Vincennes, a large tract of forest at the eastern edge of Paris, France. It serves as the home park of the Paris Université Club, and as the largest ballpark within Paris city limits, has served as host to various national competitions even though it did not meet international standards until recent renovations. It was first used for baseball by allied troops stationed in France at the end of World War I, hence its being named after the General who led the U.S. Army Expeditionary Force to Europe during that war.

In spite of its nice setting, for a long time the park was rudimentary, with a small wooden grandstand seating about a hundred and a natural grass field with lots of bumps and holes in the outfield and short fences. It was however located next to a large sports complex that boasts excellent training facilities and a number of practice fields for baseball and other sports. The park underwent an upgrade after the 2012 season, with the natural grass field being improved, a new fence built to international distances, and space cleared for temporary stands. A scoreboard, a small pavilion for the official scorers and permanent bullpens along the two foul lines were also added, allowing the facility to host prestigious events.

The ballpark hosted the 2013 Challenge de France and the 2015 European Cup. 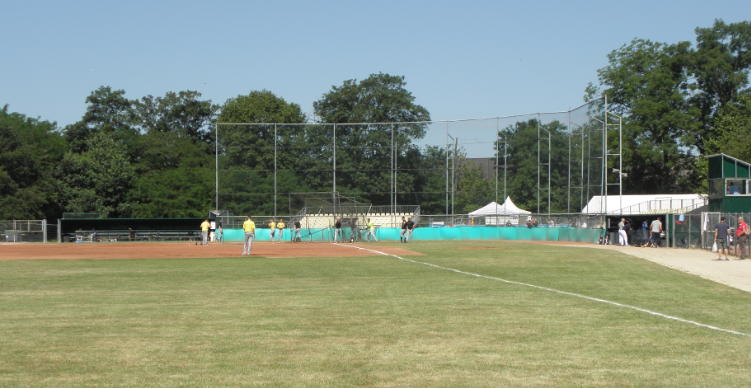