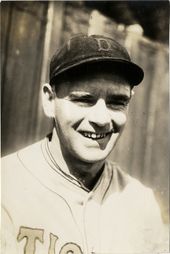 Carroll owns the fun record of being dealt for the most Hall of Famers in his career. In 1930, he was obtained by the New York Yankees as part of a return for Waite Hoyt (as well as shortstop Mark Koenig). After his tough luck 1932 season, he and Estel Crabtree were sent to the St. Louis Cardinals for "Sunny" Jim Bottomley. Just two months later, the Dodgers obtained Ownie for Dazzy Vance.

Following his playing days, he was the coach at Seton Hall from 1948 to 1972. Their playing field is named Owen T. Carroll Field in his honor.