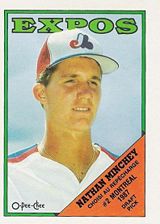 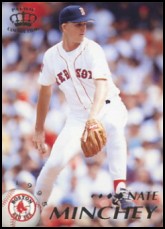 Nate Minchey pitched for four seasons in the major leagues in the mid 1990s, going 3-7. Afterwards, he played several seasons in Japan. In 2001, he led the Japanese Pacific League in ERA.

In 2007, Minchey began the job of overseeing scouting in Japan for the Cleveland Indians.