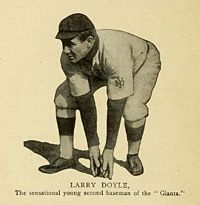 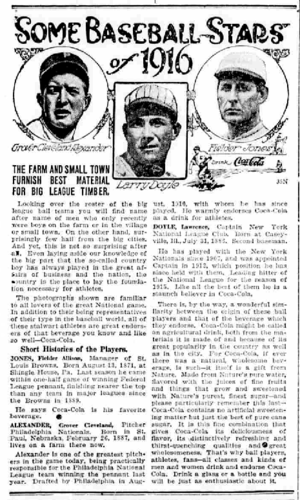 "It's great to be young and a Giant!" - Larry Doyle

Laughing Larry Doyle was the 1912 National League MVP and led the 1915 National League in batting average. Most of his career was spent with the New York Giants under manager John McGraw and he appeared in the 1911, 1912 and 1913 World Series but was on the losing side all three years. In all, he had 14 years in the majors with a strong OPS+ of 125.

Among the most similar players to Doyle, according to the similarity scores method are Hall of Famers Lou Boudreau and Jimmie Collins, although no player is truly similar, with Del Pratt leading the list with a score of 903.